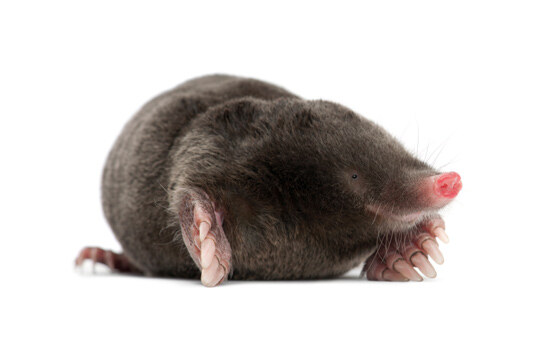 Much like gophers, moles tunnel under the ground as well. The diameter of a mole tunnel is extremely narrow and long. You can usually stick your index finger in the hole. It’s not uncommon to find tunnels that run for 10 feet underground in the bay area. Ground mole mounds are mostly symmetrical and appear volcano-like. Mole mounds take this shape because when burrowing to the ground surface, moles push dirt straight up. 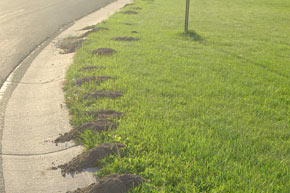 If you’ve spotted a hole in your front lawn, look for a centered hole at the very top and dirt clogs scattered around the base of the mounds. Also consider the location of the mound. Unlike gophers which feed on roots and vegetation; moles eat worms, insects and grubs. Precisely why you’ll find mole mounds near lawn borders, driveways or home foundations.

If you reside in the Bay Area and think you have a mole problem, Contact us today!

Distinguishing Characteristics:
Moles are small mammals with long, curved claws. They eyes and ears of a mole are very small and typically covered in fur. The tiny eyes of a mole aren’t a problem, because it relies on it’s nose to find food. The most distinguished characteristic of a mole is its snout nose.